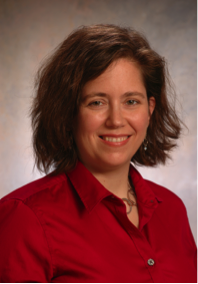 Dr. Barbara Stranger received her undergraduate degree from the University of Chicago and earned her doctorate in Genetics from The University of Montana, while performing research at the Max Planck Institute for Chemical Ecology in Jena, Germany. She completed postdoctoral training at the University of Barcelona and the Wellcome Trust Sanger Institute. Following her postdoctoral training, Dr. Stranger joined the faculty in the Division of Genetics at Harvard Medical School and Brigham and Women’s Hospital. She later joined the University of Chicago faculty in 2012, and is currently an assistant professor in the Section of Genetic Medicine, a core member of the Institute of Genomics and Systems Biology, and a fellow in the Center for Data Intensive Science. She leads a human genetics research group that investigates how variation in DNA sequence contributes to trait differences through gene regulation. She utilizes modern genomics and statistical genetics approaches to identify links that connect genetic variation to cellular function to a higher-order trait, such as immune response or disease risk.

Dr. Stranger has identified regions of the human genome that harbor genetic factors, which contribute to variation in gene expression among individuals. Using expression QTL mapping studies, she demonstrated that most of the functional genetic variation was shared between multiple populations, while some variation was found to be population-specific. These studies were important both to identify polymorphic regulatory regions and understand their function across human populations of varying ancestry, and to demonstrate that gene regulatory phenotypes can be considered intermediate, proximal phenotypes between a genetic variant and disease or other higher-order complex phenotype.

Dr. Stranger’s studies were the first to characterize the effect of sex and cell-type on the genetics of gene expression. Later studies jointly analyzed the genetic basis of human transcriptome variability in adaptive and innate immunity. Collectively, these studies report a high degree of context specificity of functional genetic variation, with implications for understanding human disease mechanisms. This work continues to be a main focus of Dr. Stranger’s research. She is currently a member of the analysis working group of an NIH-funded Consortium, the Genotype-Tissue Expression (GTEx) Consortium, and is analyzing the relationship between genetic variation and gene expression across a wide variety of human tissues, and assessing interactions of those associations with age and sex. She has received an NIH U01 award to quantify protein levels of transcription factors and cell signaling proteins in the same GTEx samples. Knowledge gained from this work can be used to inform disease mechanisms, for example, through integration with results from disease mapping studies. To date, her studies have uncovered genetic variants influencing disease phenotypes through effects on the transcriptome in neurodegenerative diseases, autoimmune diseases, neuropsychiatric disease, and cancers.

Dr. Stranger also has a strong interest in evolution. To prove the hypothesis that modern day inflammatory diseases are the result of past selective pressures for response to pathogens for the first time on a genome-wide scale, she demonstrated that inflammatory disease susceptibility loci are enriched for genomic signatures of recent natural selection, and highlighted a set of selected susceptibility loci with effects on expression of pathogen response genes in immune cells. In similar ongoing analyses, she has identified an enrichment of risk alleles for schizophrenia and neuroticism within genomic regions under selection since divergence from Neanderthal, and found that variation influencing multiple other neuropsychiatric and brain traits show evidence of weak selective pressures. In analysis of genetic variants associated with Alzheimer’s Disease (AD), she identified signatures of recent selection acting on several haplotypes carrying AD susceptibility alleles; interestingly, these selected haplotypes contain genes that could be assembled into a molecular complex via a protein-protein interaction network approach. These results suggest a possible coevolution of genes encoding physically-interacting proteins that underlie AD susceptibility and are co-expressed in different tissues.